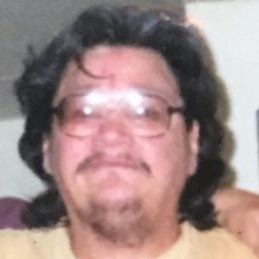 Wayne Eugene Carson, age 68 journeyed to the Spirit World on September 24, 2021, at his residence in Minneapolis, Minnesota. He was born on September 17, 1953, to Jack (John) Carson, and Georgiana Standing Cloud. He grew up in Minneapolis, Minnesota and attended Marty Indian School in Wagner, SD. Wayne graduated from Central Lakes College in Brainerd, MN with a degree in Botany. Wayne never had any children of his own, but he had many nieces and nephews that he enjoyed being around. He also was a welder by trade and was very talented in drawing and beadwork. Wayne enjoyed reading books and was very knowledgeable about a lot of things. He had a green thumb, loved growing houseplants. You could always find Wayne looking for his next opponent to play a game of cribbage.

Wayne was very loved by his mother, Georgiana Standing Cloud, along with all his siblings, nieces, and nephews.  Wayne survived by his sisters: Brenda Renville of Sisseton, South Dakota and Dorla Hershkovitz of the Minneapolis, Minnesota brother: Melvin Strong of Crystal, Minnesota; and numerous other relatives, and friends.

A memorial service will be held on October 7, 2021 beginning at 5:00 PM at Gitchitwaa Kateri Church in Minneapolis, Minnesota. Redby services will be held in Spring 2022, notice will held be published in the Red Lake Paper.

Inurnment will be held at the Episcopal Church Cemetery in Redby, Minnesota.

The Chilson Funeral Home assisted the family with funeral arrangements.  On-line condolences can be directed to www.chilsonfuneralhome.com