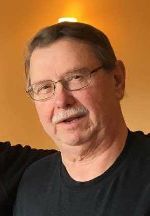 Wayne Anthony Heiser, 72 of Winsted passed away on Saturday, December 28th at Abbott-Northwestern Hospital in Minneapolis.

He attended Crosier Seminary in Onamia, MN to earn his Associates of Arts Degree. He then attended Mount Saint Paul in Waukesha, WI to earn his Bachelor’s Degree in American History, before attending Saint John’s University in Collegeville, Mn, where he earned a Masters of Divinity.

Wayne worked in several professions over the years, though he most fondly recalled his twelve years teaching at Holy Trinity High School in Winsted, teaching religion and history classes. He also ran the CCD program, and coached the Holy Trinity baseball team.

Wayne, in his own right, was a pretty good baseball player. He often reminded his sons of his pitching prowess, noting he threw three no hitters. His love of baseball lead to his love of other sports. Wayne was an avid fisherman and hunter. He also could be found attending Holy Trinity Trojans, Concordia Golden Bears, St. Paul Pioneers, and St. Cloud Blue Sox games whenever his sons or grandchildren were playing. He was avid Gopher football and Green Bay Packer’s fan. From a young age, all the grand kids were taught to say “boo Packers” when they saw Grandpa Wayne in his Packer’s gear. He loved them all nonetheless.

In 1991 he started a sports card and collectibles business. He often said it was to “keep his sons out of trouble”, but the family all realized that it was more of a social activity for him. Wayne loved people and getting to know them. He could walk up and talk to anyone like he had known them forever. Generous to a fault, he was known to help anyone who needed help. He enjoyed donating his time and money to help others. If there was ever a charity auction that needed items, he was always willing to donate sports cards or collectibles, often times from his own personal collection.

In his later years, as he became less mobile, he enjoyed visits from friends, family, and especially his grandchildren. Always by his side were his two dachshunds Abby and Amber.

A Memorial Mass of Christian Burial for Wayne Heiser will be held at Holy Trinity Catholic Church in Winsted on Friday, January 10th, 2020 at 11:00 am. A time of reflection on Wayne’s life will be held at the church two hours prior. The presider will be Father Jerry Schik, OSC; concelebrants will be Father Greg Poser, OSC, Father Glen Lewandowski, OSC and Father Michael Doyle. Offertory Gifts will be presented by grandchildren of Wayne and Margaret Carter, Katelyn, Jacob and Jerome.
Organist will be Alice Nowak; Vocalist will be Thomas Maresh; Violinist will be Karen Askelson; and Urn Bearer will be Timothy Jensen