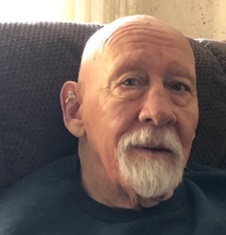 He was born on April 2, 1938 in Lester Prairie the son of Edward & Emily (Dolezal) Kegler.

On August 22, 1959, Virgil E. Kegler and Mavis Ann Brelje were joined in holy marriage at Holy Trinity Catholic Church in Winsted.   God blessed their marriage with four children.   Mavis preceded her husband in death on June 7, 2018.

Bones was employed as a machinist for many years at Honeywell, Sterners and at Schwartz Manufacturing.

He enjoyed deer hunting, watching the Twins and Vikings, trips to Mexico, hanging around with friends and spending time with his grandkids.

Bones formerly played a lot of baseball and softball.

He belonged to Holy Trinity Catholic Church in Winsted.

In addition to his wife, he was preceded in death by his parents and two brothers Francis and Darrell.

A Memorial Mass of Christian Burial for Virgil “Bones” Kegler will be held at Holy Trinity Catholic Church, Winsted on Saturday, May 15, 2021 at 10:30 AM. Inurnment Holy Trinity Cemetery.