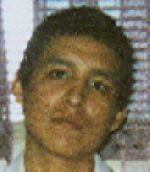 Tyson George Renville, age 18, of Browns Valley, Minnesota journeyed to the Spirit World on Friday, April 24, 2009 as the result of an auto accident near Lake Traverse.

He was born on June 12, 1990 in Watertown, South Dakota the son of Romeo Stacey Renville and Opal Michele Little.

Tyson had just graduated in 2008 from The Sisseton High School. He was debating on attending an Art College in Santa Fe, New Mexico.

Tyson cherished his grandmothers! He was an artist, loved football, playing his Xbox, listening to music, was always with his cousins and spending the summers at Lake Traverse at the Lake House. He just enjoyed Life! He also was fond of a nephew Dante St. John.

He was a member of St. John The Baptist Episcopal Church rural Browns Valley.

Special music will be provided by “Red Storm” and “Gray Fox”.

All night wakes will be held on Sunday, April 26th and Monday, April 27th beginning at 7:00 P.M. at The Community Center in Old Agency Village, South Dakota.