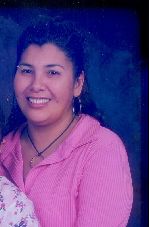 Tyra was a life long resident of South Dakota, with brief stays in Montana, Wyoming, Kansas, and Arizona.

Tyra enjoyed music, reading, being outdoors, playing chess, whist, and dominos. She was very much a “people-person”, always laughing, and with a smile! She loved spending time with her family and friends.

Tyra was also one of the most kind hearted people you could ever meet. She was always happy with a care free loving spirit. She never did have to think about giving a helping hand to those in need, she just did!

Funeral services for Tyra Keeble will be held on Tuesday, April 13th at 10:00 A.M. at The Community Center in Old Agency Village, South Dakota. John Cloud will officiate. Interment will follow at The Tribal Traditional Burial Grounds.

Drum Group will be “Cook Boys”.

An all night wake will be held TODAY Monday, April 12th beginning at 7:00 P.M. at The Community Center in Old Agency Village, South Dakota.