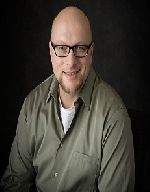 Todd Donald Matheson, was taken from us way too soon on July 2nd, 2019, at Buffalo Hospital in Buffalo. He fought a very hard battle of Esophageal Cancer for a little over 9 months. He had reached the age of 48 years and 3 days.

Todd was born on June 29th, 1971 in Litchfield to Donald and Lorraine (Hopp) Matheson. He grew up in rural Litchfield and graduated in 1989 from Litchfield High School. He graduated from college in 1993 at Moorhead State and received his Masters from St. Scholastica in St. Paul in 2002. His career path led him to Quality Assurance in the software industry.

He married the love of his life, Nikki (Nicole Palmer) on March, 15th, 2003, in Hutchinson, MN. They were blessed with a beautiful little girl with her daddy’s dimples, Emma Darlene, on June 22nd, 2004. Shortly after that, they were blessed with a handsome little man with his dad’s passion for wrestling, Porter Todd, on July 20th, 2005.

Todd loved the outdoors; nature, gardening, fishing, camp fires, canoeing, and spending time at the camper with his family. Todd and Nikki loved playing cribbage, always trying to get a game going with anyone willing at any time. Todd’s passion was truly wrestling. He wrestled in school and in college. He spent many years of his adult life refereeing before starting a family. As a family man, he helped with the high school wrestling program and the youth wrestling program at Howard Lake-Waverly-Winsted Schools up until his diagnosis last fall. Wrestling was always on his mind; helping, doing, coaching, cheering, talking, watching… you name it, anything wrestling. His passion and dedication earned him an induction into the Litchfield Wrestling Hall of Fame.

His family will miss his tenderheart, contagious dimpled smile, comforting nature, sense of humor, love for God, his huge hugs (Vit H), and most all his love for them.

Todd was a true fighter in every aspect of his life and in the end he won the ultimate match. He beat cancer right into the arms of God.

Preceded in death by: his uncle Curtis Hopp; uncle and aunt Richard and Marcene Hopp; grandparents John and Agnes Matheson, Herman and Myrtle Hopp; and his father-in-law Barry Palmer.

** Todd requested that people who have the light blue benefit shirts that say “No one fights alone” wear them if they want to. And if you don’t have one, anything in blue or orange is good too!

*** In lieu of flowers, memorials are preferred.