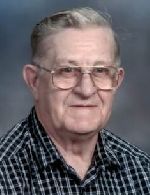 Visitation Information
AT THE CHURCH
Friday, April 12, 2019
2 hours prior to Mass

Thomas C. “Tom” Drew, age 88, of Winsted, Minnesota passed away on Thursday, April 4th, 2019.
A Mass of Christian Burial will take place on Friday, April 12th at 11:00 A.M. at Holy Trinity Catholic Church in Winsted. Father Tony Stubeda will be the Celebrant. Eulogy will be given by grandson Sean Drew.
A visitation will take place on Friday, April 12th from 9:00 – 11:00 A.M. prior to Mass at the church.
Urn bearers will be son Mike Drew and daughter Mary Drew.
Inurnment will follow at a later date at Holy Trinity Cemetery.
In lieu of flowers, memorials are suggested to The American Legion in Minneapolis.
The Chilson Funeral Home in Winsted served the family. Online condolences may be made to www.chilsonfuneralhome.com
Tom was born June 25, 1930 in Watertown, Minnesota the son of Daniel and Margaret (Burns) Drew.
Tom served his Country honorably as a United States Marine from 1952 – 1955. As a Marine, Tom served as a tanker in the Korean War.
On June 23, 1956 Tom Drew and Leona Hoffmann were united in holy marriage at Holy Trinity Catholic Church in Winsted, Minnesota. God blessed their marriage with two children.
Tom was employed as a welder for forty years at Millerbernd Manufacturing and Advanced Machines. While working fulltime as a welder, he also held a part time job as a cement layer for Gerald Burau. After his retirement, he worked part time at Glenn’s SuperValu in Winsted for twenty years.
Tom had many hobbies and joys in his life. He enjoyed fishing, deer hunting, spending time with his family, following his grandchildren in their sports and extra-curricular activities, coffee with his son, grandson and longtime friends and dining at local restaurants especially “Crazi Coffee” in Winsted and The Central Café in Lester Prairie.
Tom left a presence wherever he went with his big smile and loving heart!
His family and friends will dearly miss him, but find comfort knowing he is “Home” with our Lord and Savior.
Tom is survived by his loving wife of sixty-two years: Leona D. Drew; a daughter: Mary Drew of Blaine; a son: Mike Drew of Howard Lake; grandchildren: Sarah (Gabe) Cornish, Sean (Mollie) Drew and Brittany (Jake) Young; great grandchildren: Bella, Samuel Thomas, Max; Gavin, Thomas and James Thomas; a sister: Helen Seitz of New Ulm; sister-in-law: Sandy Drew of Mayer; other dear relatives and friends.
Preceded in death by his daughter-in-law Linda Drew, his parents, brothers Frank, and Bill, nephew Patrick Drew, brother in law Ed Seitz and by his great grandchild Jack Cornish.