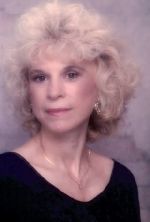 She was born on April 8, 1940 in Silver Lake the daughter of Roman and Victoria (Witucki) Evinski. Terri was raised by Leo and Alice Evinski her uncle and aunt.

On June 6th, 1959 Terri Evinski was joined in holy marriage to Reginald Hertzog. God blessed their marriage with ten children. Reggie preceded his wife in death in 1986.

On April 1, 1990, Terri Hertzog was joined in holy marriage to Mark Wiederholt.

Terri was employed as a dietary cook at St. Mary’s Care Center in Winsted for the past thirty-nine years.

She was a faithful member of Holy Trinity Catholic Church in Winsted.

In addition to her first husband, Terri was preceded in death by her parents, an uncle and aunt who raised her, a brother and a sister, step son Ronald “RJ” Wiederholt and by a step daughter Kimberly Wiederholt.

A Concelebrated Mass of Christian Burial for Terri Wiederholt will be held on Friday, October 27th, 2017 at 11:00 A.M. at Holy Trinity Catholic Church in Winsted. Concelebrants will be Father Joseph Mary and Father Paul Schumacher.

A visitation will be held on Thursday, October 26th from 4-8 P.M. at The Chilson Funeral Home in Winsted. A Rosary will be recited at 5:00 P.M. and a Prayer Service will be held at 7:30 P.M.