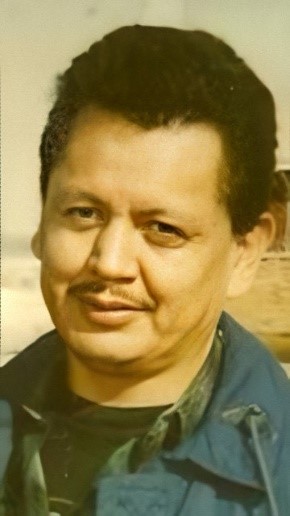 Sylvester Richard Marks (aka Colin Kelly Marks) age 74, of Minneapolis, Minnesota, journeyed to the Spirit World on Sunday, May 24, 2020, at Redeemer Transitional Care Unit in Minneapolis, MN.  He passed away suddenly and unexpectedly.  He did not have COVID-19.

Sylvester was born on November 4, 1945 in Sisseton, SD, the son of Doris Mae Marks.  He attended school at Wahpeton Indian School and Flandreau Indian School and graduated from there in 1963.  He worked for various farmers before he moved to Minneapolis.  He was formerly employed at Padco in Minneapolis, Bergens Fruit Terminal in Minneapolis and he also volunteered at a “Free Store” (thrift store type), where he had received the Abbott Award from Abbott Northwestern Hospital in recognition of community service in 2004.

He was an avid Minnesota Vikings, Minnesota Timberwolves, Minnesota Wild, and Minnesota Twins fan.  He was a collector of Minnesota Vikings memorabilia and other various random things.  His favorite color is green.  He grew up around Buffalo Lake and had many great memories there including playing tag in the lake.  He was a great swimmer.   He loved fishing.  He was fond of watching Pow Wows, going to the casino, and gardening, and talking about the good old days. He was a gentle spirit with a kind soul.  He loved his children, grandchildren and great grandchildren with all of his heart.  He will be sadly missed by all who knew him.

He met Joyce Thompson and they had three children, Colin “Kelly”, Kim and Jack.  He was united in marriage to Doreen Rainey from 1978-1987.  He was living with his long-time friend Gloria Hanson for 30 plus years.

IMMEDIATE FAMILY ONLY FUNERAL SERVICE DUE TO COVID-19.

All Night wake will be held Wednesday, May 26, beginning at 7:00 pm at the  Buffalo Lake Community Center, Buffalo Lake, SD.

Honorary casket bearers will be all his family and friends