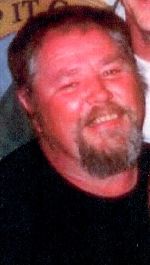 Steven was baptized on October 29, 1950 at St. Mark’s Lutheran Church in New Germany. He was also instructed in the Lutheran Catechism and confirmed in the Christian faith at St. Mark’s on March 22, 1964.

He graduated from Waconia High School in 1968.

Owned and operated The Longbranch Saloon in Franklin since 2003.

Preceded in death by his father Earl in 1972, his mother Doris in 2005 and by his grandparents.