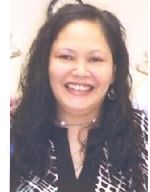 She was born on November 28, 1974 in Red Lake, Minnesota the daughter of Martin “Mott” and Janice Parkhurst.

She was born and educated in Red lake. She followed her older sister Chelle through high school. She went to high school in Flandreau, South Dakota, South High in Minneapolis, Minnesota and Red Lake, Minnesota. She graduated from Red Lake High School in 1993. She moved back in with her parents in Fridley, Minnesota right after high school. She worked at different nursing homes in the Minneapolis area, until she started her own nursing business in 1999 until 2001. She then went to work for HCMC in the OB/GYN department until 2007, when she got in a car accident. In 2005 she started going back to school at Minneapolis Community & Technical College part time for her nursing degree.

She loved spending time with her husband and children. She loved talking on the phone, being on the computer, playing jokes on people and loved to dance.

Funeral services for Stacey Parkhurst-Loch will be held on Thursday, April 11, 2013 at 11:00 A.M. at St. Mary’s Catholic Church in Red Lake. Father Jerry Rogers will be the Celebrant.

An all night wakes will be held on Tuesday, April 9th beginning at 1:00 P.M. and Wednesday, April 10th at The Red Lake Community Center in Red Lake.