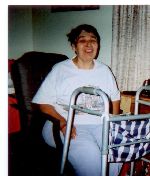 She was born on June 8, 1946 in Peever, South Dakota the daughter of Rex & Stella Owen.

Shirley was a member of The Sisseton-Wahpeton Oyate.

She was a faithful member of The Long Hollow Presbyterian Church.

Funeral services for Shirley Buus will be held on Thursday, December 2nd at 2:00 P.M. at The American Legion Hall in Veblen, South Dakota. Reverend Clifford Canku will officiate and interment will follow at Veblen Community Cemetery.

An all night wake will be held on Wednesday, December 1st beginning at 7:00 P.M. at The American Legion Hall in Veblen, South Dakota.

Honorary Casket Bearers will be all her family and friends.