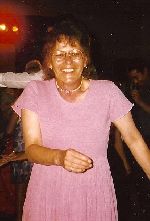 Sharon Lee Madigan, age 65, began her journey to the Spirit World on Friday, December 13th, 2013 at home in Bemidji, Minnesota. Sharon was surrounded by loved ones at the time of her passing.

She was born on February 13, 1948 in Cass Lake, Minnesota. She is the daughter of Allen Beaupre and Clarice Tibbetts.

Sharon Recently moved back to northern Minnesota after living in Minneapolis for forty five years.

She is prededed in death by her parents, a brother: Dale Madigan, sisters: Katherine Budreau, Barbara Murphy and Laura Madigan.

A wake will begin Monday, December 16th, 2013 at The Prescott Community Center in Cass Lake

Funeral services for Sharon Madigan will be held on Tuesday, December 17th, 2013 at 12 Noon at The Episcopal Church in Cass Lake, Minnesota. . Pastor Mark Olsen will officiate.

Interment will follow at The Thompson Village Cemetery in Cass Lake.

The Chilson Funeral Home in Winsted, Minnesota is serving the family. Online condolences may be made towww.chilsonfuneralhome.com