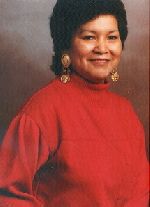 Sandra Jo (Norcross) Larson-Benjamin Journeyed to the Spirit World on Wednesday, May 3rd, 2017 at Hennepin County Medical Center in Minneapolis.
She was born to Frank BigBear Sr. and Maxine Norcross on November 5, 1948 in Sauk Center, Minnesota.
While still at a young age, she was adopted by her grandparents George and Josephine Norcross.
Sandra was raised and educated in Pine Point, she also attended High School in Park Rapids and later on at Hennepin Community College for Medical secretary.

In 1964 she was united in marriage to Leonard Anthony Larson Sr. in Osage, Minnesota. From this union three son’s were born. Sandra later was married to Robert Benjamin Sr.
Sandra made her home in Chicago and M inneapolis where she work for the Veterans hospital , Bell Telephone Company and Honeywell. Before returning to her home in northern Minnesota. She gained employment at the Shooting Star Casino as one of the first Security Guards hired.

She married Herbert Libby in 2002. They made their home in Detroit Lakes and Frazee before eventually settling in White Earth.
Sandra was a kind and gentle woman who enjoyed spending time with her relatives, especially her children and grandchildren. Sandra always lent a helping hand in raising them. She will be remembered as GRANDMA to all the children who knew her no matter if she was blood related or not. She forever had an open door for her relatives no matter how distant the relation. Which in turn installed the meaning of family into us all and for that we are forever grateful. GIIWAABAMIN MINOWAH OUR WIFE, MOTHER , GRANDMOTHER ,SISTER AUNTY AND FRIEND WE WILL SEE YOU AGAIN.
Family who is welcoming Sandra Home include her first husband Leonard , her mother and father, paternal grandparents Bill BigBear (kagamegwaan) Nancy Coleman ( Ogamaawubkwe) maternal grandparents George Norcross Josephine Lightening ( kagewayaush). Brothers Douglas Norcross, Francis Norcross, Joseph BigBear, Harlen BigBear & Franklin Thompson, a sister Kathrine BigBear and by a granddaughter Lynette.