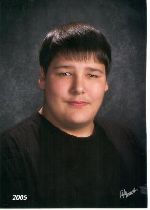 He was born on September 28, 1991 at Hennepin County Medical Center in Minneapolis the son of Cheryl Johnson and Ronald W. Thompson.

Ryan was formerly employed as a custodian at Shooting Star Casino in Mahnomen.

He enjoyed spending time with family & friends, fishing and hunting.

Preceded in death by a grandmother: Patricia Johnson and by an uncle: Darryl Johnson

Funeral services for Ryan Johnson will be held on Thursday, November 7th at 9:00 A.M. at Gichitwaa Kateri Church, 3045 Park Ave S., in Minneapolis. Father Tegeder will be the Celebrant.

An all night wake will be held on Wednesday, November 6th beginning at 4:00 P.M. at Gichitwaa Kateri Church.