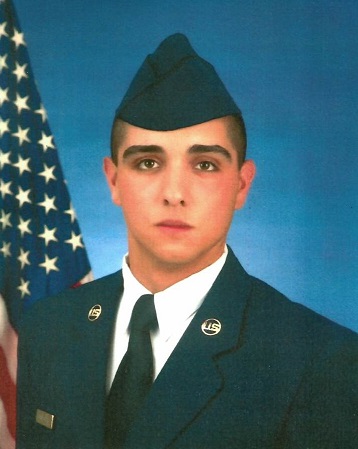 He was born on June 18, 1993 in San Angelo, TX to Patrick and Elizabeth (Flores) Painschab. The family briefly lived in Missouri, and then made their way back to Minnesota, where Ryan and his siblings attended Howard Lake-Waverly-Winsted High School. Ryan graduated with the class of 2011, and following his graduation, enlisted to proudly serve in the United States Air Force.

During his military career, he was deployed twice to the Middle East, the first time as a C-130 Crew Chief and the second time as a C130 Flight Engineer with the 133 Air Wing out of Fort Snelling. He aspired to become a pilot and was very driven to meet that goal. He was extremely dedicated to serving his country and his hard work was reflected by earning many prestigious awards, such as the Air Medal. At the time of his passing, Ryan was still active duty, and his military friends and coworkers will definitely miss his presence.

In his spare time away from serving in the Air Force, you could find him socializing with friends and family. He loved to get to know people and could easily make friends with his outgoing and fun-spirited personality. He made an effort to get to know people, and genuinely cared about their lives. Known for his quick wit and extroverted side, he was often the one that lit up a room and could keep everyone entertained for hours. He enjoyed spending as much free time in Waverly, a town he always considered his hometown and favorite place to visit.

Ryan recently got into the hobby of flying drones, loved riding his motorcycle with his buddies and uncles, and also just got into fishing. He especially loved spending time and creating memories with his girlfriend, Victoria. He was very proud of her being a pilot in the Air Force and would tell everyone about her achievements.

Visitation will be held Monday, October 5, 2020 from 4:00 PM – 8:00 PM with prayer service at 7:30 PM at Chilson Funeral Home in Winsted, MN. Further visitation will also take place on Tuesday, October 6, 2020 beginning at 9:00 AM at the funeral home. Mass of Christian Burial will take place on Tuesday, October 6, 2020 at 11:00 AM at St. Mary’s Catholic Church in Waverly, MN. Interment with military honors will follow at St. Mary’s Catholic Cemetery in Waverly, MN.

Funeral arrangements have been entrusted to Chilson Funeral Home in Winsted, MN. Online condolences for the family may be directed to www.chilsonfuneralhome.com