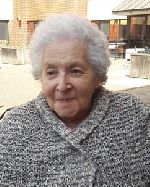 Ruby Ann (Ross) Beaulieu age 85 of Minneapolis, passed away on Wednesday January 15th,2020 where she resided at The Walker Methodist Nursing Home in Minneapolis, MN
She was born on July 19,1934 in Naytahwaush, MN., she was the Daughter of Rev. Selam, and Adeline (Bunker) Ross
Ruby married Simon Beaulieu on August 28th,1963. They shared 56 loving years together. They were blessed with 5 sons Dale, Randall (Irene), Bradley (Cheryl), Vince (Jenny), Keith (Kim), and a daughter Lori Ann. She was a loving grandmother to 10 grandchildren Jacquelyn (Brian), Joshua (Jessica), Jessica (Kent), Kevin, Ruby, Randall Jr, Aaron (Anastasia), Roy, Jonathan, Neveah and 16 great-grandchildren.
Ruby grew up in Cass Lake, she enjoyed hunting with her father. She worked for the Bureau of Indian Affairs then later moved to Minneapolis where she raised her family and worked for the United States Postal Service where she later retired from. Ruby loved to travel with her husband Simon together they got to visit and see everywhere she wanted. Her favorite place they visited was Graceland in Memphis Tennessee. Elvis was her favorite singer. Ruby was a devout Christian with the Assemblies of God Church. She loved traveling and visiting new churches. She played the organ and piano in church. She was a true prayer warrior and believed in the power of The Lord through prayer. Ruby was such a sweet, gentle soul. She will long be remembered for being so peaceful, loving, kind and patient with everyone.
Ruby is survived by her husband Simon Beaulieu, her sons Randall, Vince, and Keith, her grandchildren and great-grandchildren.
She was preceded in death by her parents Rev. Selam and Adeline (Bunker) Ross, Her siblings William, Ruth, and Gloria. Her children Dale, Bradley, and Lori Ann.

Burial will be in the spring at Fort Snelling National Cemetery