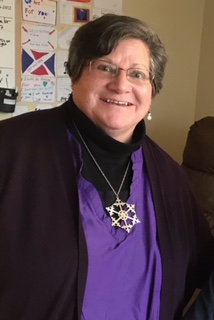 Rosanne Theresa Hertel, 68, passed into the arms of our Lord on November 11, 2020 after several months of battling metastatic breast cancer.

Born on October 14, 1952, she was the eighth child of Leo and Genevieve (Miller) Hertel. She is preceded in death by her eldest brother, baby Paul Hertel, John (Jack) Hertel, and James (Jim) Hertel. Surviving are siblings, Mary Jo (Hertel) Smuda, Jane (Hertel) Campbell, Jerome (Jerry) Hertel and his wife, Toni, Carol (Hertel) Kluk and her husband, Don, Frances (Hertel) Tieman and her husband, Doug, and sister-in-law, Kathy (Campbell) Hertel.  Rosanne, aka Aunt Rosie, is also survived by twenty-two nieces and nephews, thirty-seven great-nieces and nephews and four great-great-nieces and nephews.

Rosanne was a graduate of Holy Trinity Schools and a 1974 graduate of the College of St. Benedict where she received an elementary teaching degree. She returned to her hometown of Winsted to teach students in grades kindergarten through six grades over a 45-year period, retiring in May of 2019.  “Miss Hertel” had a tremendous life-long impact on countless students through the years, never taking credit in her humble way, or even truly realizing the positive effect she had on all those who knew her, whether as a teacher, coach, school musical director or co-worker. For many summers, Rosanne stayed involved with children as the Winsted community summer recreation director and swimming lessons coordinator.

In addition to the major role Rosanne played at Holy Trinity Schools, she was also actively involved at Holy Trinity Church over the years as a choir member, lecturer and Eucharistic minister. Rosanne was also very involved as a volunteer in the community at the Winstock country music festival, Winsted Legion Days and Winsted Winter Festival. In 1987, Rosanne was selected as a grand marshal when Winsted held its first Centennial celebration, an honor that she cherished. Rosanne showed her creative and artistic skills through her jewelry making, creating beautiful earrings, bracelets, and necklaces.

She also enjoyed crocheting blankets, scarves, and hats for her family and friends.

Rosie’s siblings would like to thank her many friends, near and far, former co-workers, and especially, former students and parents of those she taught who sent her cards and letters of love and support as she battled her illness. Special thanks to the nurses and caregivers at St. Mary’s Rehab Center (Winsted), Abbott Northwestern Hospital (Minneapolis), and Our Lady of Peace Hospice Center (St. Paul).

Memorial Mass of Christian Burial will take place at Holy Trinity Church on Friday, December 4th at 11:00 am, with the visitation at Chilson Funeral Home in Winsted on Thursday, December 3rd, from 4:00 – 8:00 pm.  In lieu of flowers, contributions may be made in memory of Rosanne to Holy Trinity Schools, 110 Winsted Avenue West, Winsted, MN 55395 or to Our Lady of Peace, 2076 St. Anthony Avenue, St. Paul, MN 55104.

Eternal rest grant unto her, oh Lord, and let perpetual light shine upon her.