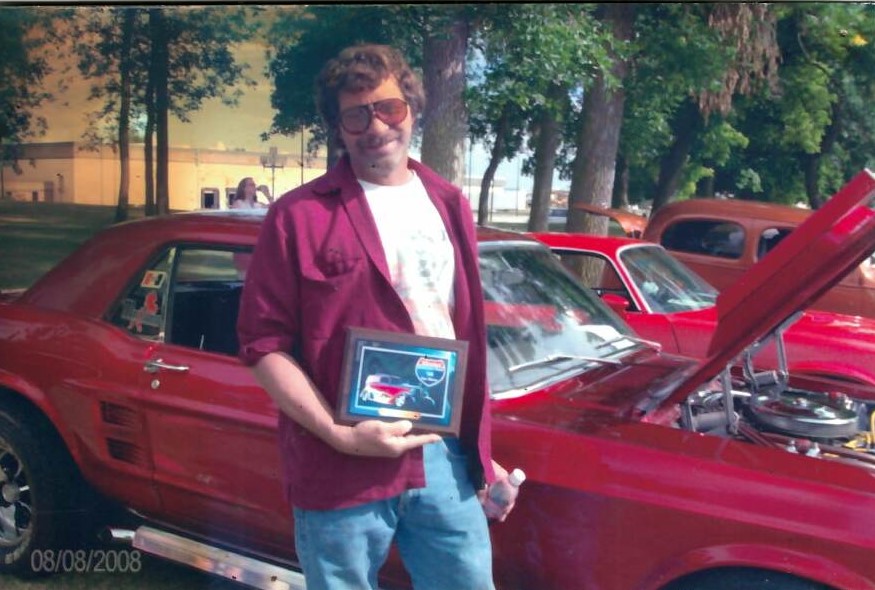 Ronald James Schmid Sr., age 62, of Winsted passed away peacefully surrounded by his family and faithful dog on Tuesday, November 17th, 2020 at his home.

He was born on July 7, 1958 in Minneapolis the son of Donald & Geraldine Schmid.

Ron grew up in Victoria and graduated from Chaska High School in 1976.

In 1985, Ron married Linda Kohout of Jordan, Minnesota.   Home was Chaska for 16 years.   They were blessed with two children, Maria and R.J. (Ronald James Jr.).

Ron was proud of his work as a carpenter working in the Chaska and Shakopee area and then finishing work in the St. Louis Park and Hopkins areas.   He also remodeled three houses for his family to live in and was honored to have one of his houses he worked on in the “Parade of Homes” for 18 years.

One of his favorite activities was to taking his family every year on a vacation, especially out west.

His favorite hobby was working on his 67 Candy-apple red mustang with his son R. J. and taking it to all the local car shows.

During the past year, his 2 year old grandson Clark, brought many smiles to “Grandpa’s face watching the birds and squirrels out the window with him.

During the past 10 years Ron dealt with many complications from cancer.

He is survived by his loving wife: Linda; daughter: Maria (and friend Gary Samuels) of Glencoe and son: R.J. of Winsted; grandson: Clark; sisters: Nancy Schleeve (and friend Tom), Pam Schulz (Dave) both of Holiday, Florida; mother-in-law: Hazel Kohout of New Prague; other relatives and friends.

Preceded in death by his parents Donald & Gerry Schmid, a brother David Schmid and by his father-in-law Arthur Kohout.