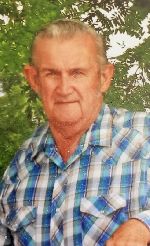 Ronald Andrew Artmann, age 74, of Winsted passed away on Wednesday,March 12, 2014 at The Marie Steiner Kelting Hospice House in Chaska.

He was born on August 31, 1939 in Winsted Township, McLeod County the son of Andrew C. & Mary Neumann Artmann.

On August 29, 1986, Ronald Artmann and Carol Ann Fiecke were joined in holy marriage in Plato.

Ron engaged in farming in Winsted Township for many years.

He enjoyed spending time with his grandchildren, telling stories about his younger years, driving horses, playing cards and morning coffee at
Molly’s Café. Ron had a tractor collection and each tractor that he collected resembled tractors that he and his dad once owned. He also loved to collect quarters.

A Mass of Christian Burial for Ronald Artmann will be held on Monday, March 17th at 10:30 A.M. at Holy Family Catholic Church in Silver Lake.

Honorary Casket Bearers will be his six grandchildren.

Gift Bearers will be Sharon Anderson, and Arrissa Nowak and McKenzie Nowak.