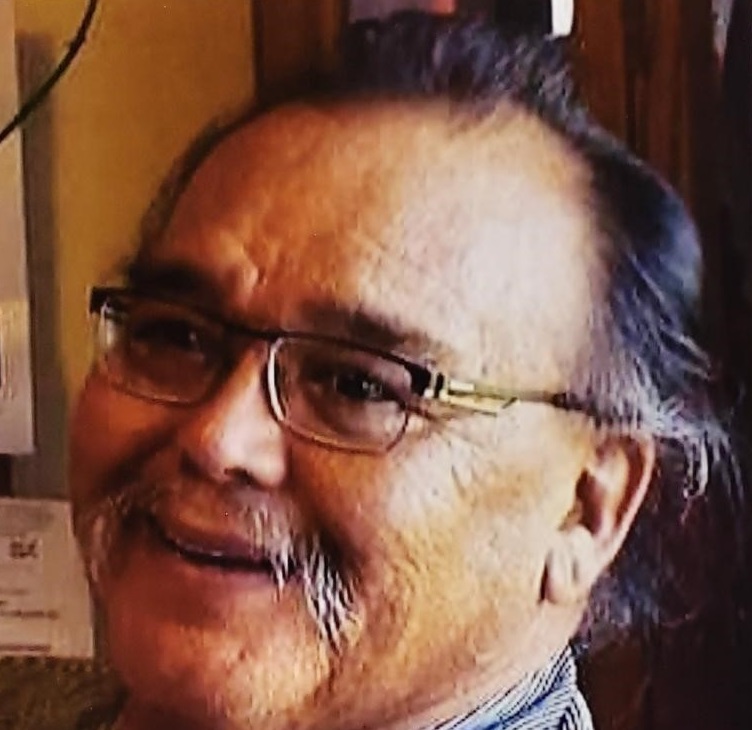 He was born on November 9, 1951 in Pipestone, Minnesota the son of Glen Goodsell Sr. and Lydia Derby. Harrison Crow, Pipestone, MN.

When Ron was 3 years old he had the pleasure of being raised by Pierce and Laura Owen, he had many fond memories of his Owen family and to the day of his passing still called them his family.

Ron worked as a intern in pharmacy at IHS during high school, he was also well known in high school for his wrestling and football skills. After graduating from Sisseton High School in 1970 he attended Minnesota Medial Institute completing his lab technician training. He at this time met and married Vivian Gill, they relocated back to Sisseton where he accepted a position at IHS as a lab tech and also as the X-ray technician.

Ron worked for Teigen construction as welder and masonry building roads. In 1978-1987 he worked for HIP program at SWC as a carpenter building and renovating homes on the SWO. From 1987-1995 he worked as the TERO Director, he then started working at Dakota Sioux Casino as the Director of Maintenance and retiring in 1999.

Ron was a family man and loved his children, grandchildren and great grandchildren very dearly. Ron loved the challenge of riding bulls, and thru out his whole life Ron was an avid outdoors men, enjoying fishing, hunting and trapping. His sons have very fond memories of trapping fox, ice fishing and Hunting geese. He also enjoyed watching his sons wrestle, he attended many of his children’s sport activities, and never missing his daughter Ronni Renae’s volleyball games.

Then in 1999 he met and Married his loving wife Elizabeth Brown. This union brough his sons: Chad Brown of Eden TX, Jeremy Carroll, Daughters: Tia Triplett-Carroll of Edwardsville, IL, Misty Tate of Chattanooga TN. Ron and Liz enjoyed going to auctions, estate sales and thrift shops. They also frequented Dakota Connection and build friendships with staff. They resided in Watertown and then later relocating to Red Iron where is lived out the remainder of his days.

Half Iron Singers will be the Drum Group.