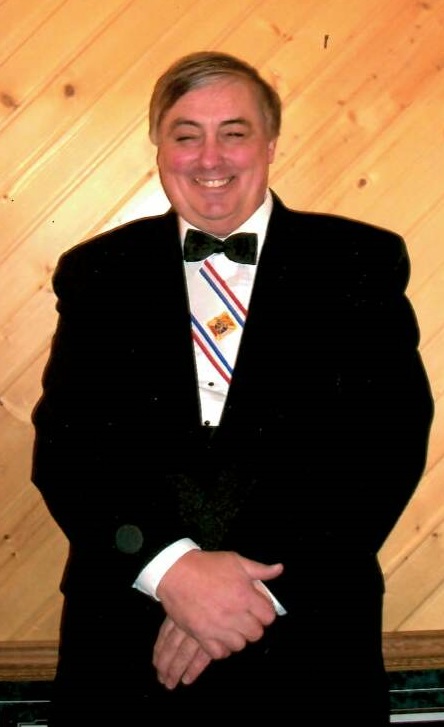 He was born on February 13, 1951, in Glencoe, the son of Leo A. and Jeanette M. (Kunkel) Guennigsman. He grew up on a farm northwest of Winsted.

Roger graduated from Holy Trinity High School in 1969. He earned a political science degree from U of M Morris in 1973. He obtained a law degree from William Mitchell College of Law in St Paul in 1978.

June 16, 1984, Roger L. Guennigsman and Karen A. Maresh were joined in holy marriage at Holy Trinity Catholic Church in Winsted. God blessed their marriage with a son, Brian.

Roger was a faithful, lifetime member of Holy Trinity Catholic Church in Winsted, where he was baptized, confirmed, and married. He belonged to the Knights of Columbus Council #8523, Fourth Degree Knights of Columbus Bird Island Assembly. Roger was a principal organizer of the annual fish fry for many years. He was a lifetime active member of The Catholic Order of Foresters, having received the Merit and Legion of Honor Awards.

While still in college, Roger was employed as a Sergeant at Arms in the MN House of Representatives, then worked as a family practice attorney, before starting his own private real estate and estate planning law practice, which was still active. He also served on numerous political, county, and church committees.

Roger was awarded the Bishops Medal of Honor in 2012 and received the 2012 Holy Trinity Distinguished Alumni Award.

He will be remembered for his devotion to his family, his law practice and the impact it made in peoples lives, volunteering, service within the church and community, compassion for the less fortunate and his support of Holy Trinity School – Pride in Purple. Roger always made it a priority to attend events, celebrations and weekly family gatherings until his health prevented him to continue. He loved playing cards and belonged to several card clubs, of which people knew and accepted his competitive nature. Roger also loved playing scrabble, board games and trivia. At Christmas and other holidays, the family would eagerly await to see what creative games Roger came up with for us to play. He always made sure the children had Easter egg hunts and gifts at Christmas.

Roger had a magnetic knack for telling stories and remembered every detail. Roger provided fact-based advice and was a go to for so many people. His smile was captivating, and his laughter was unique and welcoming. Roger was always on the go, visiting family and friends, vacationing at resorts and cabins, and taking fishing trips. A few years ago, he enjoyed a trip to Norway with his wife to visit their son and family. Roger kept in close contact with friends from high school, college, and his law practice.

A Mass of Christian Burial for Roger Guennigsman will be held Monday, July 13, at 11:00 AM at Holy Trinity Catholic Church in Winsted. Father John Hayes will be residing. Organist will be Lavon Kielkucki and soloist Tony Kielkucki.

A visitation will be held Sunday, July 12, from 4 to 8 P.M. at Chilson Funeral Home in Winsted. A combined Knights of Columbus and Catholic Order of Foresters rosary will be recited at 7:00 P.M. and parish prayers at 7:30 P.M.

The Chilson Funeral Home in Winsted is serving the family. Online condolences may be made to www.chilsonfuneralhome.com.

Survived by his loving wife of 36 years: Karen A. Guennigsman; a son: Brian (Anna) Guennigsman of Tromso, Norway; and beloved grandchildren: Nicklas, Emily, and Emma.