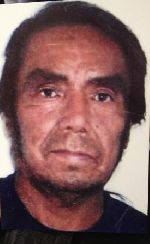 Roger George Gurneau, age 72, of Redlake Journeyed to the Spirit World on Tuesday, October 30, 2012. He was born on October 29, 1940 in RedLake the son of Felix Gurneau and Margaret Taylor. Roger lived in Minneapolis and worked for The PPL moving service for many years. He have moved back to Redlake many years ago. He worked for the Redby Mill for quite sometime. Roger then worked for the Old Red Lake Casino until he retired and continued his life here in Red Lake. He enjoyed and loved The Red Lake Casino Wrestling, spending time with his grandchildren and his special great grandson Jeremiah “Jerry” Barrett and all his great grandchildren. He also enjoyed spending time with friends and family. Roger is now entering the Spirit World to reunite with his special companion of thirty years Marlene “Molly” Alice Barrett. He is also preceded in death by his parents: Felix and Margaret Gurneau. Funeral services for Roger Gurneau will be held on Monday, November 5, 2012 at 1:00 P.M. at Little Rock Community Center. Father Jerry Rogers will be the Celebrant. Interment will follow at St. Mary’s Cemetery. All night wakes will be held on Friday, November 2nd, Saturday, November 3rd and Sunday, November 4th at The Little Rock Community Center beginning at 7:00 P.M.