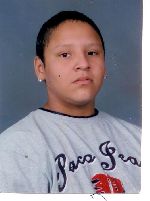 He “lived a happy life and he enjoyed playing basketball with his friends.”

All night wakes were held on Thursday, June 23rd, and Friday, June 24th beginning at 7:00 P.M. at The Community Center in Fort Thompson. A service was held at 8:00 P.M.