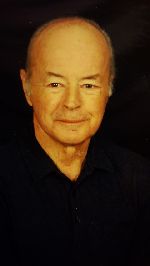 Robert John Ernhart, age 74, of rural Howard Lake passed away on Friday, January 15, 2016 at his residence.

Bob was a lifelong member of Holy Trinity Catholic Church in Winsted and belonged to the Knights of Columbus Council # 8253.

He was formerly employed as a feed salesman by Hubbard Milling.

A Mass of Christian Burial for Robert J. Ernhart will be held on Thursday, January 21, 2016 at 1:00 P.M. at Holy Trinity Catholic Church in Winsted. Father Paul Schumacher will be the Celebrant.

A visitation will be held at the church on Thursday, January 21st from 10:30 A.M. until time of service. A Knights of Columbus Rosary will be recited at 12:15 P.M.