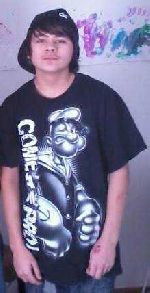 He was born on September 15, 1998 in Bemidji, Minnesota the son of Richard Strong Sr. and Elizabeth Hegstrom.

In addition to his parents, Richard is survived by a brother: Ryan and by a sisters: Rhianne Strong, Destinee Strong and Natalie Wilson; grandparents: Jennifer Smith & Louis Hegstrom and Ruby Whitefeather and by a great grandmother: Veronica Hegstrom.

Traditional Drum Group will be “Eyabay”.

All night wakes will be held Tuesday, June 11th and Wednesday, June 12th at The Redby Community Center beginning at 1:00 P.M.