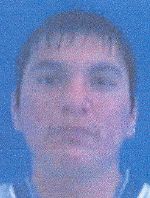 Richard was born December 1, 1986 to Sophie Cecila Bissonette (Bluedog) and Seth Ambrose Bissonette. Richard was a member of the Sisseton Wahpeton Sioux tribe and Enemy Swim District. Richard was also Oglala Sioux from his father’s side. Richard grew up in South Dakota but also lived in Oklahoma and Minnesota . Richard loved music; he mostly listened to rap music and loved to draw in his spare time. He also loved all his many nieces and nephews and they loved him, as soon as they seen him they would run to him and hug him. Richard also enjoyed riding horses and cruising and hanging out with his friends and family. Richard graduated from talking leaves Job Corp academy in Telaquah , OK specializing in business. Richard accepted the lord in his life on July 26, 2002 at Camp Custer SD youth camp. He was a member of the First Baptist Church in Sisseton, SD and was baptized there on August 4, 2002 . Richard worked various jobs through out his life and currently was employed by Dakota Magic Casino in Hankinson ND .

Richard touched many lives in his short time with us. Including the families of Pam and Mark Keoke, Lenny Bernard and the Late Craig Dumarce, Lois Owens, Barbara and Milton Owen, Chris and Eileen Galcatcher and Ruth Daugherty.

Honorary Casket Bearers will be Lois Owens and Girls, Bobby and Milton Owen and Girls, Pam and Mark Keoke, Chris and Eileen Galcatcher, Ruth Daugherty and Girls, Toshina Akerman, Lenny Bernard and all of his Nieces and Nephews.