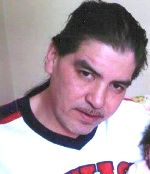 Richard Allen St. Clair, age 44, of Minneapolis Journeyed to the Spirit World on Friday, December 27th, 2013 at his residence.

Preceded in death by George Jackson Sr., a sister: Caroline St. Clair and by an uncle: Bill St. Clair.

Funeral Services will be held on Tuesday, December 31st, 2013 at 2:00 P.M. at The Little Earth of United Tribes, 2501 Cedar Avenue, in Minneapolis. Mike Swanson will officiate.

An all night wake will be held on Monday, December 30th beginning at 5:00 P.M. at The Little Earth of United Tribes in Minneapolis.