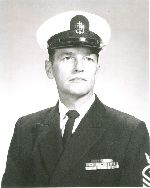 Raymond J. Kohler was born August 8, 1929, the son of Edward and Mathilda (Artmann) Kohler and passed away peacefully September 17 at Kauai Veterans Memorial Hospital in Waimea, HI. He was baptized in the Catholic faith at Winsted Holy Trinity and attended grades 1 through 12 at Holy Trinity School. Following graduation, Ray worked at Keating Hardware for 2 years. In 1949, Ray enlisted in the US Navy and attended boot camp at Great Lakes, IL prior to service during the Korean War. Ray spent time on a service ship that was deployed during the Korean War between 1952 and 1953. In 1954, they evacuated the French out of Indo China. Between 1955 and 1958, Ray worked as a recruiter at the Federal Building in Minneapolis. Ray and Joyce Hirsch were joined in Holy Matrimony on New Year’s Eve 1955 at St. Mark’s Catholic Church in St. Paul. He was then sent to Saigon, Vietnam where he served as an advisor to the South Vietnamese prior to and during the Vietnam War. His wife and first son, Charles, joined him there and their first daughter, Kay, was born in Vietnam. Ray’s next duty stations were in Illinois, Taiwan (three years), on more ships, then California, and another stint in Vietnam during the conflict. His last tour took him to Jacksonville, Florida as a recruiter.
Upon retirement, after 22 years, he and his family resided in Winsted where Ray worked another 22 years for Sterner Lighting. His second retirement began in 1992. In 2007, Ray moved to Hanapepe, Hawaii, on the Island of Kauai, where he lived and enjoyed his final years in paradise with his son, Jonathan. Ray enjoyed the stock market, fishing, hunting, gardening, and time spent with his family.