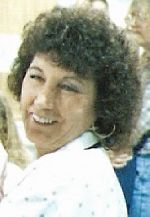 Phyllis M. Pettie, 69 of Chadron, Nebraska died Tuesday, April 15, 2008, at Chadron Community Hospital after a brief battle with cancer. She was able to be at her home with hospice until Sunday, April 13th, when she was admitted to the hospital. Phyllis only had to spend two days away from her family, and they are so grateful and thankful for the hospice experience. The family would also like to thank Phyllis’s special friend, her sister-in-law, Arlene Pettie Aadland and her niece Rhonda Kaye Pettie, for staying with us during mom’s illness, and other friends, hospice volunteers and relatives (children, sisters, cousins, and an aunt) who came and helped during her illness.

Phyllis was born July 23rd, 1939, to Benjamin R. and Adelle (Keeble) Owens in Sisseton, South Dakota. She attended schools in Wakpala, South Dakota and Flandreau Indian School, graduating in 1957. After raising her children and retiring from work, she went back to school earning her nursing license in 1996 from Wahpeton School of Science in Wahpeton, North Dakota. Afterwards, Phyllis worked at Villa Marie Nursing Home in Fargo, North Dakota as the head ward nurse. It didn’t matter what Phyllis did, she always rose to the top in whatever endeavor she tried. Always known to be a “hard worker”, she did whatever it took to support her family, from cleaning homes to working in a tractor factory.

Phyllis married Lee Pettie in 1957, and they had three wonderful children, Kenneth, Keith, and LuAnn. They also raised a nephew, John R. DuMarce who she loved very much. Her most treasured times were when she could be with her grandchildren, Ty Werdel, Kaycee Werdel, Colton Pettie, Lauren Pettie, Elijah Pettie, Isaiah DuMarce, and Dominic DuMarce. She was also an avid Green Bay Packer’s fan and her most favorite vacation was when she went to Lambeau Field in Green Bay, Wisconsin to watch the Vikings and Packers play. She made sure she was three rows up on the 50-yard line. Her three sons went along and helped her cheer on the Packers.

Phyllis devoted her life to caring for her children. Additionally, she cared for her brother, “Pete” for the last forty three years. Pete was injured in an auto accident in 1961 and his sister, Phyllis, lovingly took him in after their mother died. Phyllis enjoyed a variety of hobbies, but her favorites were watching her grandchildren compete in their sporting events and reading books! She loved to read and had an extensive library in her home. She could debate with the best of them whether it was history or politics. Phyllis will best be remembered as a woman with a sense of humor and love of family and friends.

Phyllis was recently baptized at First Baptist Church in Chadron, Nebraska. It was a beautiful ceremony, which represented her trust and faith in the Lord. Her favorite scripture was Psalm 23, “The Lord is my shepherd; I shall not want. He makes me to lie down in green pastures; He leads me beside the still waters. He restores my soul; He leads me in the paths of righteousness for His name’s sake. Yea, though I walk through the valley of the shadow of death, I will fear no evil; for you are with me; Your rod and Your staff, they comfort me. You prepare a table before me in the presence of my enemies; You anoint my head with oil; my cup runs over. Surely goodness and mercy shall follow me all the days of my life; and I will dwell in the house of the Lord forever.