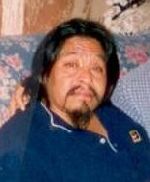 Peters lived in Minneapolis for over 35 years where worked for the Minnesota Department of Corrections as a carpenter.

Peter was preceded in death by his parents.

Arrangements are pending. The family is being served by Peterson Chapel of Buffalo, Minnesota