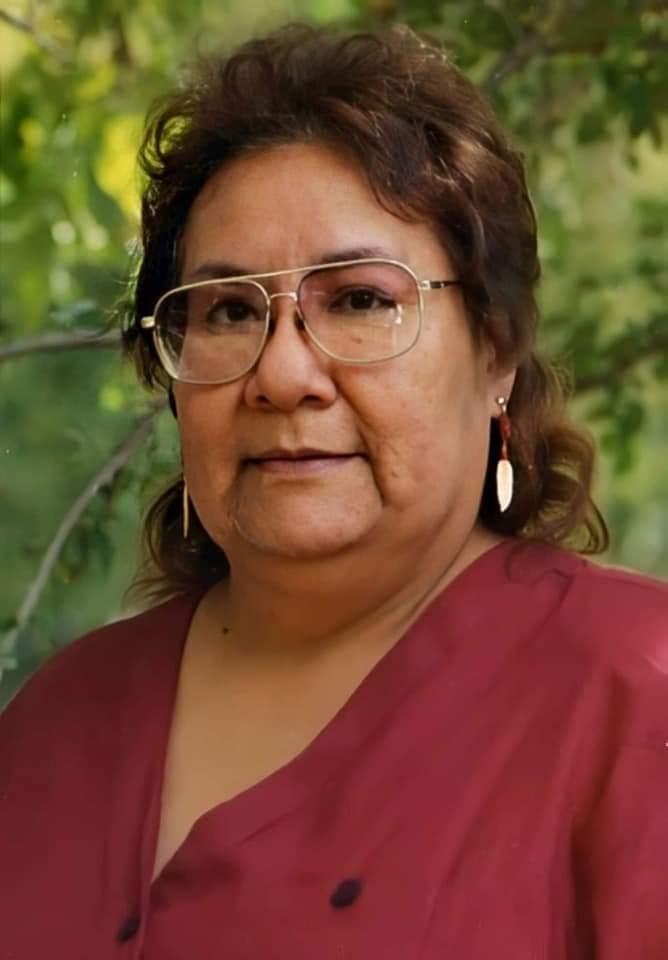 Peggy Ann (Heminger) Thompson, was born in Sisseton, South Dakota on November 22, 1951 to Leroy Heminger and Elsie Feather. Peggy did not know or see her mother since she had journeyed to the spirit world when Peggy was at a young age. Her adolescent years were spent at the Tekawitha Childrens home, until her grade school years and then she attended the Wahpeton Indian School, and later attended the Flandreau Indian School.

As a young lady she had a difficult life, but pure innovation had led her through life as a person of survival and adjustments to overcome. She was a hard worker and was employed in such places as Schiltz Foods, Public Health Services, Dakota Magic Casino, and several jobs in the Twin Cities.

In the year 1972, Peggy married Gerald Thompson, and through this union five children were born (Winona Thompson, Gerald Thompson, Jr., Trinity Thompson, Jesse Thompson and Sheena Thompson-deceased 1999). In 1970 Peggy gave birth to a son which was then raised by; adoptive parents and therefore had not seen him since birth (50) years. Due to resource capabilities and technology, our family was able to find her son and he surprised her with a visit on his birthday April 4th, 2020 three weeks before her spiritual journey.

“Cante Waste Win” was mostly a quiet person, but If she knew you well, she would always greet you with a smile and reveal her humorous side of her personality. She wasn’t really a public person, but she did like traveling with the “Dakota Kit Fox Society” veterans on their invited trips like the Twins games, Powwows, and functions requiring their attendance. She knew there would be a Casino In the vicinity because that was one of her favorite pass times and fun places to relax. Peggy was always a giving person, If she seen you without something, she would seem to find the right thing and time to give it to you as a gift. She was an avid turtle, trolls, collector along with jewelry trinkets and sorts. Giving gave her a sense of satisfaction and would always make her feel good and happy.

The Chilson Funeral Home in Winsted, Minnesota is helping the family with funeral arrangements.