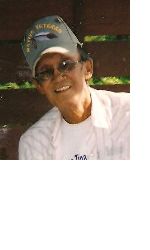 He was born on December 7, 1938 to Elmer J. Rockwood, Sr. and Eunice Keeble in Webster, SD and was raised in Watertown, SD.

Patrick served in the United States Armed Force serving from 1956-1960 as a Staff Sergeant. After basic training, he was stationed at the Francis E. Warren Air Force Base in Cheyenne, Wyoming. Then he was sent to Korea for a year and a half. He was honorably discharge in 1960. Later in 1975, he became a member of The American Legion Post #269.

Patrick received his GED in 1971 and later went on to college at Sisseton Wahpeton Community College in 1989. He graduated in 1991 with an Associates of Applied Science Degree.

Patrick was preceded in death by his parents; two brothers and two sisters.

Funeral Services for Patrick Rockwood, Sr. were held on Wednesday, May 5th at 2:30 P.M. with military honors at The Black Hills National Cemetery in Sturgis, South Dakota.

All night wakes were held on Sunday, May 2nd at The Enemy Swim Community Center and Monday, May 3rd & Tuesday, May 4th in Wanblee, South Dakota.

Honorary Casket Bearers were all of his family and friends.

The Chilson Funeral Home in Winsted, Minnesota served the family. Online condolences maybe made to www.chilsonfuneralhome.com