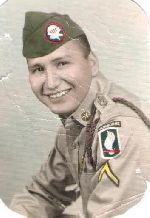 He was born on May 29, 1943 in Sisseton, SD the son of Philip Louis and Vera Hemminger. He later moved to Zion, IL and attended Beach Park Elementary. He attended Haskell college and earned his degree in printing. He then moved to California to work for State Farm Insurance. He was drafted into the US Air Force in 1963 and later transferred into the US Army where he served with the 101st Army Special Forces Paratroopers until 1969. He received several medals including the Vietnam Service Medal, Army Commendation Medal and the National Defense Service Medal.

He was united in marriage to Juanita LaBatte Pearsall on April 19, 1996 in Sisseton, SD. After moving to Granite Falls, MN he worked for the Upper Sioux Community as a carpenter.

He enjoyed going to the lake with his grandchildren and watching the kids swim. Milton had a very good sense of Indian humor and liked to joke and laugh with everyone. He really liked to eat brats, pork steaks, chocolate cake and a variety of other sweets. He enjoyed spending time outdoors. Going for drives and looking at the countryside was one of his favorite past times. He really liked watching the history channel and especially like the series “Ancient Aliens.” After watching this show, he would get into lengthy discussions with Juanita and Phyllis.

He is preceded in death by his parents Philip and Vera Louis, sister Josephine and brother Wendy.

Funeral services for Milton Louis will be held on Wednesday, June 4, 2014 at 2:00 PM at the Multi-Purpose Building in Granite Falls, MN. Minister Fern Cloud will officiate.