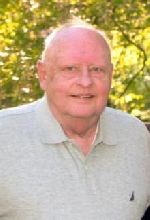 Michael Raymond Specken, age 62, of Winsted passed away on Thursday, May 9, 2013 at his residence surrounded by family following a two year battle with cancer.

He was born on October 1, 1950 in Minneapolis the son of Raymond & Mary (Littfin) Specken.

He was employed by Sterner Lighting in Winsted for more than forty years. Also employed for two years at AWI in Winsted before retiring.

Mike was a faithful, lifelong member of Holy Trinity Catholic Church in Winsted and was a twenty-five year member of The Knights of Columbus Council # 8253.

A Concelebrated Mass of Christian Burial for Michael Specken will be held on Monday, May 13th at 11:00 A.M. at Holy Trinity Catholic Church in Winsted. Father Paul Schumacher and Father Tony Hesse will be the Concelebrants.