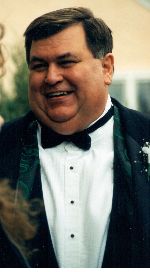 Visitation Information
AT THE CHURCH
Saturday, August 2, 2014
One hour prior to services

Michael Rodney Lauzer, age 65, of Howard Lake passed away on Monday, July 28th, 2014 at his residence.

Preceded in death by his father: George Lauzer, a brother: Richard and by a nephew: Joshua.
A Memorial service for Michael Lauzer will be held on Saturday, August 2nd, 2014 at 11:00 A.M. at St. James Lutheran Church in Howard Lake. Pastor David Taylor will officiate. Interment will follow at Woodland Cemetery.
A time of gathering will be held on Saturday, August 2nd, 2014 one hour prior to services at the church.