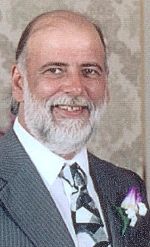 Michael was born April 11, 1956 in Glencoe, Minnesota, the son of Felix and Sophie (Jagodzinski) Bickman.

Michael was a kid at heart who was always making jokes. He enjoyed the outdoors, especially shooting guns, hunting, fishing and riding motorcycles.

Michael was preceded in death by a son, Benjamin Bickman and his mother, Sophie (Jagodzinski) Bickman.

A memorial service will be held at 7:30pm Friday, January 14, 2011 at the Chilson Funeral Home, 200 Fairlawn Avenue West, Winsted, Minnesota.

Visitation will be Friday, January 14th from 6pm until the time of service.