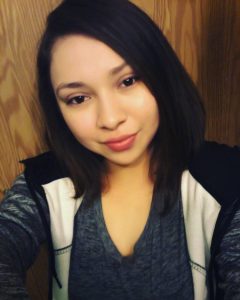 Meghan Patricia Deegan was born August 22, 1999 in Minneapolis, MN to Rena Hanks & Louis Deegan, the 9th Born of 10 children. Meghan held close relationships with her siblings & their children.  She adored her nieces and nephews and helped raise them alongside their parents, whom she loved very much. Meghan grew up and attended school in the Bemidji and Red Lake area.  She enjoyed spending her summers in Minneapolis with all her cousins. She loved cooking and taking rides with her dad.

She was caring with a crazy personality. She never liked being in one place for very long. Making friends along the way with people who enjoyed her adventurous nature. Meghan’s greatest gift in her life was her son. She enjoyed the short time she had with him.

Sylus Lee Reyes was born November 9th 2020 to Meghan Deegan & Clyde Reyes Jr. in Minneapolis Mn. Meghan would tell stories about how Sylus was the strongest baby she knew. The short time he had on this earth was spent with his Mother and Father by his side.

Chilson Funeral Home, Winsted, MN assisted the family with arrangements.  On-line condolences can be made at www.chilsonfuneralhome.com