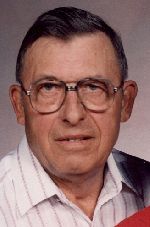 Visitation was Monday, September 10th, 2007 from 4 to 8pm at The Chilson Funeral Home of Winsted with a Prayer Service at 7pm.

Mass of Christian Burial for Marvin Henning was held Tuesday, September 11th, 2007 at 10:30am at St. Mary’s Catholic Church of Waverly. Father Timothy Cloutier was the celebrant.