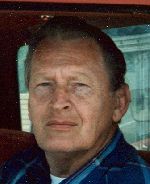 He was born on December 21, 1928 in Norwood the son of Edward & Josephine “Mamie” Wedikind Hirsch.

Marvin honorably served his Country in The United States Army during World War II and Korea.

He & Delores owned & operated his family’s business Hirsch Mercantile in downtown Winsted for over fifty years and retired in 1979. Marvin later became involved with the buying/selling of real estate properties.

He was a lifelong member of Holy Trinity Catholic Church in Winsted and sent all eleven of his children to Holy Trinity School. Marvin also belonged to The Knight of Columbus Council # 8253 and Winsted American Legion Post # 407 for sixty years.

Preceded in death by a daughter: Caron Anne Franklin, his parents, and by three sisters: Gloria Hirsch, Gladys Hirsch and Joyce Kohler.

A Concelebrated Mass of Christian for Marvin Hirsch Sr. will be held on Saturday, September 19th at 11:00 A.M. at Holy Trinity Catholic Church in Winsted. Concelebrants will be Father Tony Hesse and Father Jack Brunner.

Interment with military rites will follow at Holy Trinity Cemetery in Winsted.

A visitation will be held on Friday, September 18th from 4-8 at The Chilson Funeral Home in Winsted. A Knights of Columbus Rosary will be recited at 5:30 P.M., an American Legion Ritual will be held at 6:45 P.M. followed by a Parish Prayer service at 7:00 P.M.