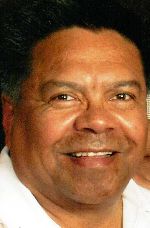 Marv was born to John “Swede” and Isabelle (Morrison) Hanson on June 23, 1953 in Red Lake, Minnesota.

Marv was the owner of “The Marvelous Fish House,” starting the first Native American Restaurant in Bemidji, Minnesota focusing on providing local cuisine and employment for Native Americans.

Marv had numerous accomplishments in life enjoying employment stints as a Manpower Planner for The City of St. Paul, Executive Director of American Indian OIC in Minneapolis, Minnesota, Corporate Vice President for Grand Casino’s Inc and CEO of Red Lake Gaming Enterprises, leading the casino expansion and Waterpark development at Seven Clans, Thief River Falls and Seven Clans Warroad. Marv’s last stint for his tribe was working as Executive Director for New Beginnings where he developed employment for tribal members with Polaris and Walmart.

Marv was a foster parent for many years in the cities caring for numerous Indian Children when there was a high need for Indian foster homes.

Marv played a crucial role in the passage of the Minnesota Indian Family Preservation Act and also served as an expert witness involving the Federal Indian Child Welfare Act.

Funeral Services will be held at the Minneapolis American Indian Center, 1530 E. Franklin Avenue, in Minneapolis, Minnesota on Saturday, January 4th at 10:30 a.m.

Interment will follow at a future date at the St. John’s Abbey Cemetery on the shores of Sagatagan Lake

An all night wake will be held on Friday, January 3rd, 2014 beginning at 5:00 P.M. at The American Indian Center in Minneapolis.