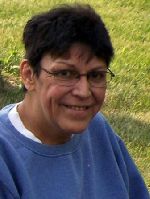 Marilyn grew up in Redby, Minnesota and later moved to Bemidji, Minnesota where she lived until 2010 when she moved back to Red Lake and resided with her son Brent and his family.

She enjoyed going to the casino, going on trips, listening to music, reading, shopping, sitting outside on the deck and spending time with her family.

She had a great sense of humor and loved to joke and laugh. Marilyn was an avid bowler and Bingo player over the years. She was a Fancy shawl dancer in her younger years.

Funeral services for Marilyn “Junebug” Strong will be held on Monday, October 21st, 2013 at 1:00 P.M. at The Redby Community Center.