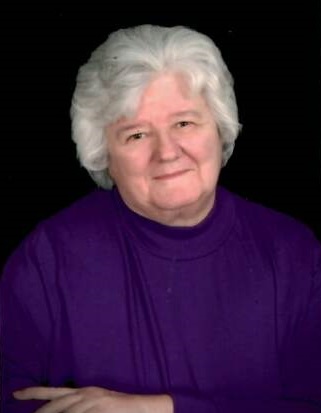 Margaret Jane “Margie” Kritzeck, age 76, of Winsted, MN passed away on Wednesday, September 9th, 2020 at The Gardens at Winsted.

She was born on May 26, 1944 in Hutchinson the daughter of Bryan & Eleanore (Dusoski) Cafferty.

Margie acquired her auto mechanic abilities while working with her Dad at Bryan’s Service.

Margie was formerly employed at 3M for many years and H&R Block.   Margie and Kenny were also Foster parents.

Margie was a life time member of Holy Trinity Catholic Church in Winsted.

She belonged to The Winsted American Legion Auxiliary and was a Past President, Winsted Lions Club, 2 Cylinder Club and was a volunteer for 25 years for The Winsted Blood Drive.

Preceded in death by her husband Kenneth J. Kritzeck on December 15, 1999, her father Bryan F. Cafferty on May 14, 2006, her mother Eleanore H. Cafferty on September 6, 2015, an infant twin sister Mary Ann, a brother Lawrence “Larry” Cafferty, sister Delores Otto, a sister-in-law Dianne Cafferty and by her father-in-law and mother-in-law Joseph & Nellie Kritzeck.

A Mass of Christian Burial for Margaret “Margie” Kritzeck will be held on Saturday, September 19, 2020 at 11:00 A.M. at Holy Trinity Catholic Church in Winsted.   Father Matthew Wiering will be the Celebrant.   Interment will follow at Holy Trinity Cemetery.

A visitation will be held on Saturday, September 19th at The Chilson Funeral Home two hours prior to Mass.

In lieu of flowers, memorials preferred to Winsted Veterans Memorial a project of the Winsted American Legion Post.  Checks made payable to: