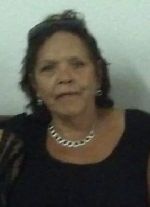 Lydia married Ronald Bellanger and they later divorced and Lydia never remarried.
She continued to live in White Earth until moving to St Paul Minneapolis area in 1994.
Lydia entered the work force and she worked for WIC Program
Lydia loved to cook and she cooked at numerous places including Juel Fairbank.