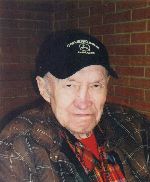 He was born on January 6, 1935 in Waubay, South Dakota the son of Melvin Hopkins and Sarah Bluedog.

Lorval was formerly employed in construction and was also a farm hand.
He liked to tell stories, play bingo, board games, shake dice, travel around the Country, visit his friends and joke around the table.
Survived by a daughter: Christine Ree; adopted out daughter: Donna Bernice Hopkins of Staten Island, New York; five grandchildren and seven great grandchildren; first cousins he grew up with Geraldine Christenson RenCountre and James & Earl Evans.

Preceded in death by his parents.

Honorary Casket Bearers will be all friends and family and staff and residents of Tekawitha Nursing Home.