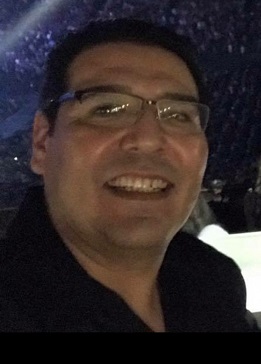 Loren Gabriel Siegel-Wells, age 52 of Welch, Minnesota journeyed to the spirit world on Monday,  October 26th, 2020 at his residence.  He was born in Los Angles, California on February 22, 1968 the son of Larry Siegel and Amee Martin.    He was a member of the Standing Rock Tribe. Loren had a big life.  Loren Siegel and Lylis Wells were married at Prairie Island. Prior, to their love, Loren had three adult children and Lylis had four adult children. All that love combined created a large family.

Loren earned his technical degree in Electrician.  He loved his life full of Lakota ways.  He sang on many drums through – out his life time, leaving many brothers and friends. Loren was always learning, had a thirst for a life well lived, He showed this everyday with everyone he met.  There was always a new song, a new recipe and new people to meet.  In his younger years, he was a fancy dancer, leading into a traditional dancer later in life.  Loren was always full of cheer and good wishes for everyone.  He loved to fish, hunt, and work on cars.  He took great honor in being a Grandpa, he had many grandchildren, he held close to his heart.  He loved being able to pass down his knowledge, fun, and love to them all.  He took his grandpa role very serious and it shows in his grandchildren, whom will all miss him, but are all full of his love, laughter and jokes.

An all-night visitation for Loren Gabriel Siegel – Wells will be held on Thursday, October 29th, 2020 beginning at 1:00 PM at the family residence in Welch, Minnesota.

A funeral service will be held on Friday, October 30th, 2020 at 1:00 PM at the Welch family residence in Welch, Minnesota.