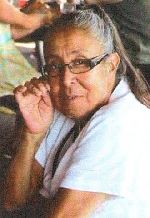 Lois Jean was born on March 7, 1949 on the Red Lake Reservation. Lois graduated from South High School in 1968. She continued her education in Nursing School in Albuquerque, New Mexico. She finished her degree at Saint Mary’s Junior college in science. Jean worked as a Registered Nurse for 40 years.

Lois Jean was a champion fancy dancer in her younger years and a champion old style jingle dress dancer. She traveled to many pow-wows in her lifetime. She has made many friends and adopted family throughout Indian Country.

Funeral services were held on Monday, January 30, 2017 at 10:00 AM at the Upper Midwest American Indian Center in Minneapolis. Skip Churchill officiated.