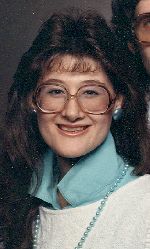 She was born on November 28, 1963 in Litchfield the daughter of Marlin & Leora (Gaulke) Lietzau.

On May 28, 1988, Lisa M. Lietzau and Larry Cochran were joined in holy marriage at Christ The King Lutheran Church in Hutchinson. Pastor Jon Lindekugel performed the ceremony.

Lisa & Larry have been residents of Miltona since 1998.

She enjoyed fishing, hunting, snowmobiling and her cat “Heather”.

Organist for the funeral service was Marlene Mohwinkel and Rolf Mohwinkel sang “How Great Thou Art” and “Precious Lord, Take my Hand”.

A visitation was held on Saturday morning from 11:00 A.M. until time of services at the funeral home.