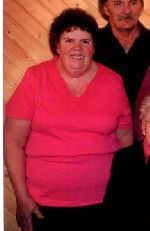 Linda Marie Habisch, age 59, lifelong resident of Winsted, Minnesota, passed away July 11, 2011 at her home with family at her side.

Linda was born in Watertown, Minnesota on October 6, 1951, the daughter of Carl Frank & Helen Theresa (Keiser) Habisch. She was a member of Holy Trinity Catholic Church in Winsted.

She enjoyed camping, gardening, quilting and making arts & crafts. Spending time with her nieces, nephews and great-nieces and great-nephews were very important to her.

The Chilson Funeral Chapel of Winsted assisted the family with arrangements.