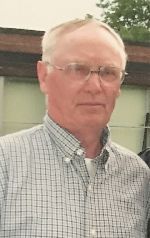 Leroy Raymond “Bud” Williams, age 81, of Winsted, passed away peacefully in his sleep on Wednesday, April 19, 2017.

Visitation will precede mass from 9 A.M. to 12 P.M. at the church. Burial will take place at a later date.

Bud served his country in the United States Army and was joined in marriage to Alice Vossen on October 7, 1961.

They were blessed with 12 children—6 girls and 6 boys. Bud and Alice made their first home in Excelsior before moving on to Chaska, Waconia, Mayer, Young America, and for the last 30 years, Winsted.

Arrangements are with the Chilson Funeral Home of Winsted. www.chilsonfuneralhome.com